You need support in Online Marketing, Web- or App-Development or regarding other technical or digital topics? Than visit my business site: develapp.me! 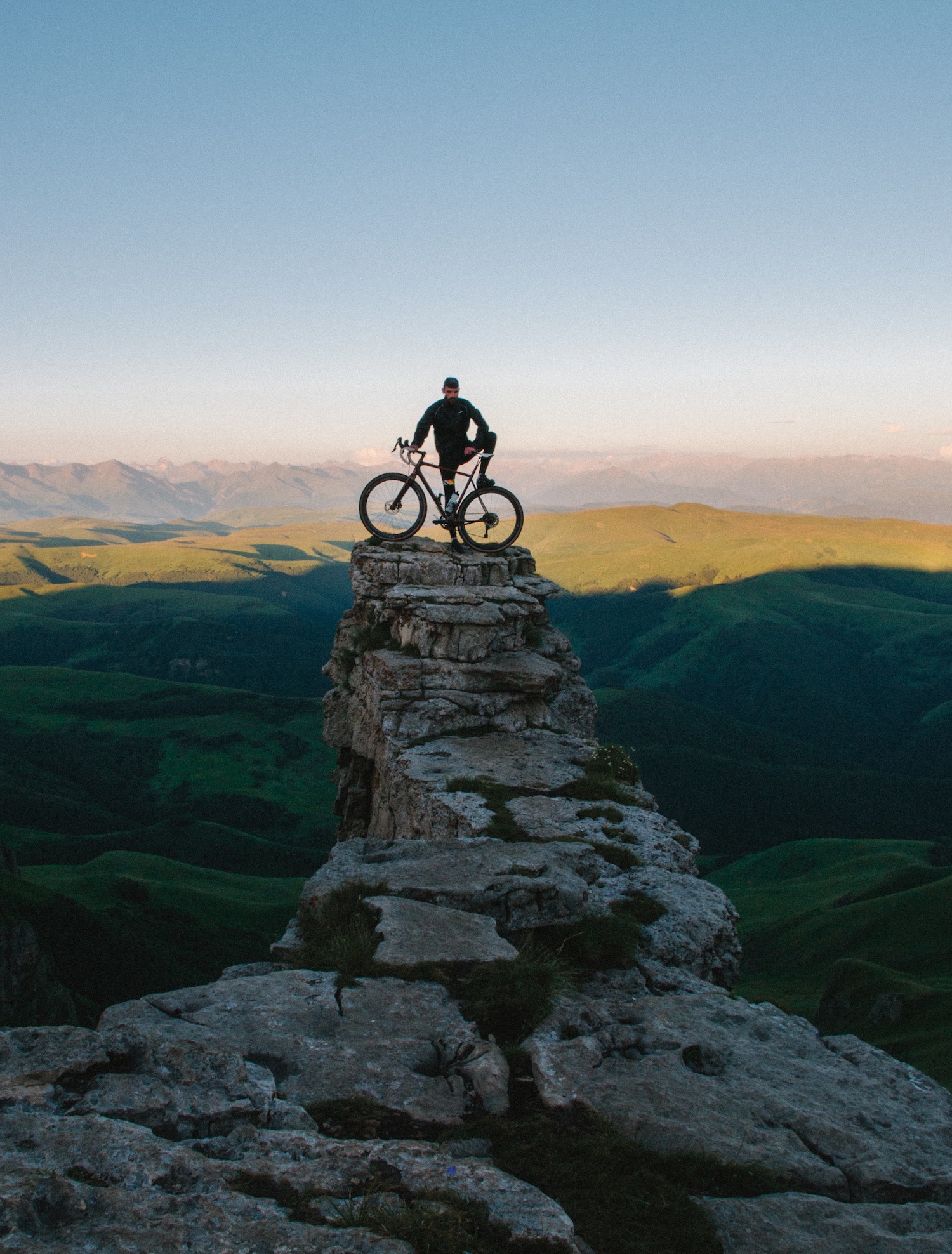 My favorite sports to stay healthy, in shape and balanced

In the following I will write about my favorite sport disciplines I started doing over the past years, which are fun for me and which help me to remain active. My recommendation for everybody out there is: search a sport or activity which helps you to free your mind, get a little distance from the daily work and stay healthy. Regardless if it is an extreme sport discipline or just a walk for 30 minute – it will surely help you!

In the recent years my focus from cycling changed to other sports and remained at going to a gym very regular. In 2012 I was going for a semester abroad to the USA and China for the whole year and I decided not to take my bicycle with me. So, I discovered lots of different things but was fast going to the gym at least 3 times a week. That evolved in the past and depending on the travel days and work load I go at the moment 3 – 5 times a week. I do it not competitive but still have very good strength values. It helps me to have a break of the daily business and often I get new ideas or solve (software) problems when in a gym. Also an important hint from my site: don’t use your mobile when doing sports. Of course, you can answer important phone calls but if you chat or look at Instagram in every pause than the effect of refresh yourself is not the same. I already wrote a blog article about how to get a sixpack. If I got a nice one I will update that picture for sure 😉

When you had a fast look around my website, I think you already noticed that I was a former competitive athlete in cycling (road and track). My real passion was always track and the nicest race is a Madison race but, on the road, the potential money you can earn is much more higher. So I was 10 year a very good cycling athlete and also won lots of medals at the German Championship, sprint trikots at small tours or achieved lots of good places at international races. My aim was definitely to become a pro and I think I could have made it but the timing was the worst possible. When I came to elite in 2009 Team Gerolsteiner was just closed due to some cases of doping and the pro cycling in Germany was really down. I was born in 1990 and I think there is no German rider with this birth year riding in the UCI world tour, there are some from 89 and downwards like John Degenkolb or Rüdiger Selig and some from 91 and upwards like Nikias Arndt and Emanuel Buchmann. I think the more you go away down- or upwards from my birthdate the better the timing was to become a pro cyclist in Germany. And of course there are also big international names in Pro Cycling from the year 90 like Peter Sagan, Michal Kwiatkowski or Silvan Dillier with whom I competed around 10 years ago and also was sometimes better than them ;-). To be honest: my biggest dream in the younger years was to ride Le Tour de France one time, but I guess there was no worse timing than we could have from the birth year 90. Today I am really confident how things evolved and when I look back I am happy that I did not become a pro due to several reasons, but of course later that time it was not easy to accept that there is no German Pro Cycling team where you can develop yourself very well.

Today I enjoy more riding on a mountain bike on great trails than riding on a road bike. And of course, I always think of a comeback, as when you were an athlete one-time I think you always have that tingling when watch some sports but we will see if that will happen sometime or only in my next life ;-). A nice bike tour in Schönbuch at panzer trail near Böblingen Sweating hard in 35°. Even in Croatia during holiday I need to ride my bike 😉

I probably went 3 times or so going to squash with school friends and university friends and it was always fun. Of course, I was not perfect but I think when you have an athlete background you learn different sports very fast, I will explain that again in the next section Skiing. Than approximately 2 years ago I started to go playing squash very rarely with my cousin as we do lots of sports together except of gym due to several reasons. From that irregularity things evolved that we find us in winter almost every Sunday in the squash court and during summer when the weather was not so good for cycling. After a few matches we pushed each other so hard that some rallies are so unbelievable how that worked, but I think against a pro we won’t have any chance yet ;-). Unfortunately, my cousin sometimes has pains in the foot or shoulder and so we need to have a break from squash, so it is since the summer, but hopefully we can start playing soon again because it makes really fun!

A nice squash court with a good partner is always exhausting.

We are not a ski family so when I was a child there were no ski holidays. But a very popular training for endurance athletes in winter is cross-country skiing. I was also one time in St. Moritz for a week but not for classical skiing but rather for cross-country skiing. And there we went down a regular ski piste with our cross-country skiers. It worked out and there I recognized that I want to do normal skiing as well. So, I went one-time in the black forest with some school friends to learn it in one evening. Than we had some one-day and one-time a two-day ski trips by our school. I think it was on my 3rd ski day where my sports teacher asked me how long I do sky for 10 years or what? And when I said it is my 3rd ski day he could not believe it. But I think due to my experience in cross-country ski I learned it very fast and until now it makes really fun and I look that I get approximately 2x2-3 days on my skis per winter. If you want to catch me for a ski trip just contact me but you must be fast down the mountain otherwise we would not have lots of fun together ;-). I always think of learn snowboarding and I think as I go wakeboarding it will not take too long to go down on a snowboard very safe, but will see when it is time to make it. A nice view during a ski day between Christmas and Silvester 2017 at Spitzingsee, Bavaria

A few years ago (I think it was in 2014) a friend from university and professional Freestyle Skier (Daniel Bohnacker) asked me if we should go Wakeboarding. No sooner said than done. We booked a 2 hours ticket and after 1 hour I finished my first complete round and after the 2 hours I was able to drive more rounds without crashing if I don’t try some tricks and so on. After a few more times I bought my first own but used Wakeboard which I destroyed in Munich while trying a trick and the left binding was pulled out totally of the board. Then I bought a new Wakeboard which is alive until today and hopefully will do it lots of years more. Depending on where I travel for Binando often I can combine that with a visit at a Wakeboard Cable Park. I think I am normally 3 to 6,7 times on the Board a year and in the meantime, I go over lots of obstacles but next I would highly love to be able to do a Raley, we will see when I am able to do that ;-). Go over a jump

As said before cross-country skiing (in German often simply called “Skating”) is a very popular training method during winter. In the first time I learned the classical way where you have both ski all the time in parallel in the trail track but very soon I wanted to do the skating as you are faster and, in my opinion, it looks way better and athletic. So normally I just do skating. Where I live unfortunately there is not as much snow as 10 years ago so in the recent years I just had 1 – 3,4 times on the cross-country skis and I think that would not change much in the next couple of years. But when skating around for 1,5-2,5 hours I really love it and it definitely frees my head of the daily business. There is an alternative for the winter version on two wheels and of course a few years ago I bought the equipment for that. It is a nice alternative when it’s not the perfect weather for biking than you can go on with your cross-skater’s as you do an average of 14 to 15km/h and are not that fast. After a run on my cross-skater’s

The first real sport I did when I was a child was playing soccer, I think a lot of kids (even in Germany) start with that as it is definitely the number one sport in Germany (so it is e.g. in Belgium (and almost Netherlands) with Cycling). To be honest our team was not so well, but I don’t know why because lots of people were not that bad with a ball. So often we lost with very high goals like 15:0 and so on. That is of course very disappointing. My decision was than not so hard to quit soccer and fully concentrate on cycling, even when I was not so bad in playing soccer. But during the winter we often played soccer and it turned out that I am definitely not that worse so that the high goals were probably not my fault ;-), but as of today I play soccer very rarely as you always need a lot of guys and best would be if most of them could play soccer as otherwise it does not make fun and of course the risk of injury is very high. And as you see there are lots of other great sports listed above… A little other variant of soccer which is called bubble soccer. It made so much fun and we did place 2 in a tournament even with a girl in our team. Look definitely forward to play that again!

It is always lovely to go on a nice trail in a nice landscape for a few kilometers or hours. Often, it’s good to discuss important topics while go on a walk respectively hiking and that can be definitely done by everybody! A nice view at the Kaiserklamm in Austria near Kufstein

You see there are a lot of sports out there what you can do and which will help you to free your mind and be more balanced. If you have a hint for me what I definitely need to try out than please let me know!

Hopefully the post was interesting for you and you enjoyed reading it! Have a great time until the next post will be published next month and enjoy hustling, relaxing, chilling, sporting, travelling or whatever you plan to do!

P.S.: If you have questions, suggestions, criticism, an idea for a great new topic or just want to have a cup of coffee or a glass of wine or you want to work out with me please do not hesitate to contact me.